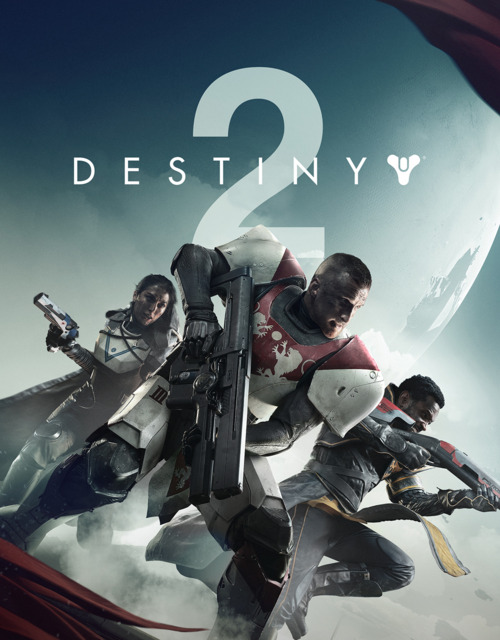 The full-fledged follow-up to Bungie's sci-fi "looter shooter", streamlining much of the previous game's mechanics while featuring larger worlds and new abilities. It was later made free-to-play.

Destiny 2 has an in-game store called Eververse. Here, you can use real money to buy a currency called Silver, and then use this Silver to buy items in the Eververse store. The main thing to purchase with Silver is Bright Engrams, which is Destiny 2's term for loot boxes. The contents are completely random and cosmetic (you do not get weapons or armor that give you an advantage over other players). If you did not like the items you got from the loot box, you can dismantle them to get "Bright Dust", which can then be used to buy specific items from the Eververse store. The list of items available for direct purchase changes from week to week.

Prices for Silver range from 500 Silver for $5 to 5800 Silver for $50. The same "discounts when buying in bulk"-principle holds true when spending Silver on Bright Engrams - a single loot box costs 200 Silver, while a bundle of 5 costs 800.

Bright Engrams can also be acquired through simply playing the game. In order to open them, though, you have go to the Eververse store - which is also where you spend premium currency on more of them.

Destiny 2 has received a large amount of criticism for taking a feature which was a permanent, infinite-use unlock in Destiny 1 ("Shaders", which let you customize the colors on your character's outfit), and turning them into single-use consumable items which can be found in a multitude of engrams, both Bright Engrams and regular gameplay Engrams.

As of right now, Destiny 2 has a single expansion called Curse of Osiris ($20), featuring a few additional hours of gameplay, including new loot and a small new area to explore, along with a smaller raid called a "raid lair". The next expansion, named Warmind, will launch May 8th.