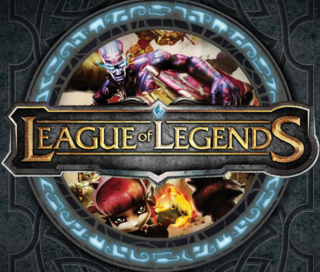 A free-to-play competitive MOBA game with a large following in eSports. From the original developers of DotA: Allstars, the game expands the gameplay found in DotA by adding persistent Summoner profiles and a variety of original champions who fight for you on the battlefield against bots or one another.

Gameplay-altering purchases are limited to unlocking additional playable characters. Each week, a different set of characters is available to play without purchase. If players want to play characters outside of rotation, they must spend Blue Essence or Riot Points to unlock them.

BE unlocks "champion mastery" (level-ups for individual characters) and skin recolors. RP unlocks champion skins, recolors, item bundles, emotes, "ward skins" (a cosmetic unlock), player icons, and experience boosts. Both BE and RP can be used to purchase champions (playable characters with unique abilities and attributes), a new display name, and Hextech Crafting materials. The majority of items can be purchased with BE or RP, with occasional event-exclusive and achievement-based items.

Hextech Crafting is a system that involves crafting champions and cosmetic items, as well as unlocking loot boxes named "Hextech Chests". Chests and keys can be earned through gameplay or unlocked with RP. When using a key on a chest, the player has a random chance of obtaining a variety of shards used to make new items or generate more BE.